PUBG or PlayerUnknown’s BattleGrounds is one of the runaway success stories in gaming. The game is played by millions across the world and each and every small update means a lot to gamers. PUBG’s mobile version is a scaled down version of the PC game which is also a hit with teenagers and adults alike.

It is a map where players are pitted against one another and the last man or team standing emerges victorious. In the latest update news, the game is going to add new features to the already excellent game to enhance the gaming experience. These include Zombies, Rickshaw and an MK47 weapon.

The game recently saw the release of a new Snow map called Vikendi which was extremely well received. Now, the game will push for another update with these major changes.

The Zombie Mode will have a team of players to fight 98 zombies, according to some reports. The game developer had teased a crossover between Resident Evil 2 and PUBG at the PUBG Mobile Star Challenge in 2018. This has led to further speculations of the zombie mode finally seeing the light of day.

According to a few YouTube channels, the upcoming January update will include these changes:

9. New feature to show you a replay of how you died

10. PUBG Vikendi map will be removed from beta

Some of the other speculated updates include new weather conditions including rain and snow covered areas in a map which will reduce visibility thus increasing the game’s difficulty. The new gun called the MK 47 mutant is supposedly going to be an assault rifle. It will use 7.62mm ammunition and offer single and burst fire modes. Moreover, it will have a 20 round magazine.

There are also speculations regarding a new laser sight which takes up a slot on the lower rail of the gun. It will increase gun firing accuracy when moving around too much, for example shooting from a car or in a run and gun situation. However, it has a very short range and is only visible to the user. As to the date of the update, there is no news as of now, but it will be interesting to see how the gameplay and strategies change based on the new items, weather conditions and vehicles that are to be introduced. 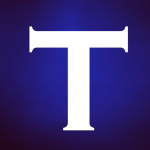 Technology Associated is the Tech Website,Here you can Find Important and Trusted Infromation About the Technology and Gadgets. You can also Check the Latest Top tech stroies,Trending News and Daily Updates by clicking Separate Link.